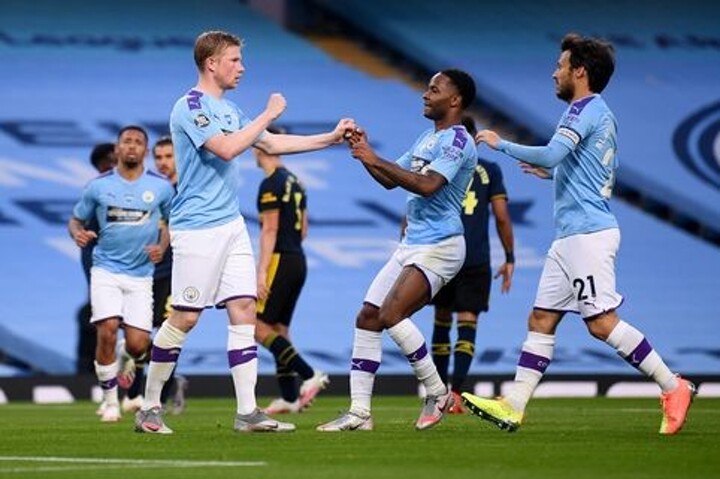 Raheem Sterling, Kevin De Bruyne and Phil Foden found the net for City, while the visitors were hampered by injuries and a David Luiz red card. Below are five things we learned from City’s win over Arsenal:

Too much, too soon? 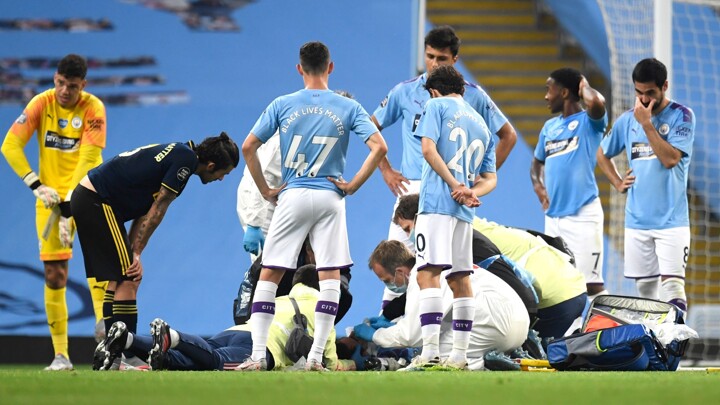 Just five minutes had passed at the Eithad when Granit Xhaka hit the turf. You can imagine the reaction on social media when Arsenal’s vice-captain was involved in a mix-up with team-mate Matteo Guendouzi, one that resulted in the Switzerland international twisting his ankle and collapsing to the rain-sodden surface in Manchester.

While some will be quick to deride the midfielders for the incident, which saw Xhaka stretchered off to be replaced by Dani Ceballos, it was an unfortunate circumstance and one that might suggest that Premier League footballers have not had sufficient time to prepare for the resumption of top-flight action.

Many fans will argue that professional athletes should be able to remain fit and healthy over the length of time that has passed since they last played, but then again, Xhaka’s injury could have just come down to the slippery surface under the torrential downpour.

Either way, moments after Xhaka’s exit, fellow Gunner Pablo Mari also sustained an issue that forced him off the field, with David Luiz coming on in his place. It was not an ideal start for Mikel Arteta’s men, and Guardiola’s side suffered their own blow late on when Ederson clattered Eric Garcia, who was carried away after lengthy treatment. 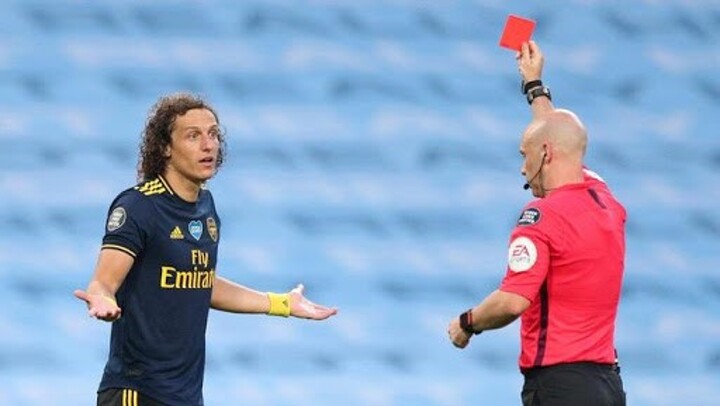 So much of the matchday experience is alien to fans at the moment, with football adapting to a world in large part characterised by social distancing and personal protective equipment. But if a reminder was needed that some things never change, Luiz provided it. In fact, he offered a couple.

No, he likely didn’t expect to be called upon midway through the first half. And yes, the ball that skidded his way shortly before half-time had a somewhat awkward flight on account of the drenched grass at the Etihad. Excuses aside, though, this was Luiz as we know him: always capable of an untimely error, or two.

The first allowed Sterling to smash a volley past Bernd Leno, and the second saw him bring down Riyad Mahrez in the box, setting De Bruyne up to score his penalty and double the hosts’ lead. The latter mistake also meant a red card for the Brazilian, and the end of his evening.

De Bruyne is in a league of his own 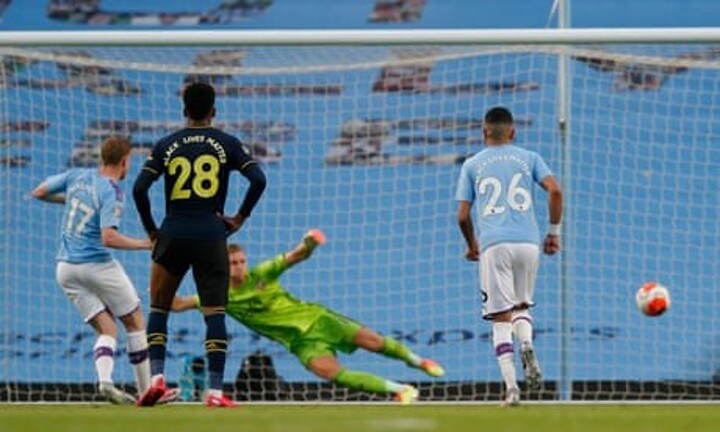 Any fears around the lack of football in recent months having a negative impact on the levels of play were irrelevant to De Bruyne, who was without a doubt the most impressive participant in Wednesday evening’s game.

Admittedly, calling him a participant is doing him somewhat of a disservice; the Belgium international controlled the game, was at the centre of almost everything City did going forward, and was vocal in organising the team as they defended.

His timing and precision have never been in question, nor his vision and creativity, yet they never cease to stand out. The 28-year-old was replaced on 69 minutes, and the remainder of the game was poorer for his absence. On a pitch full of talented footballers, he was – and is – by far the best the league has to offer.

Guardiola vs Arteta – master vs apprentice? 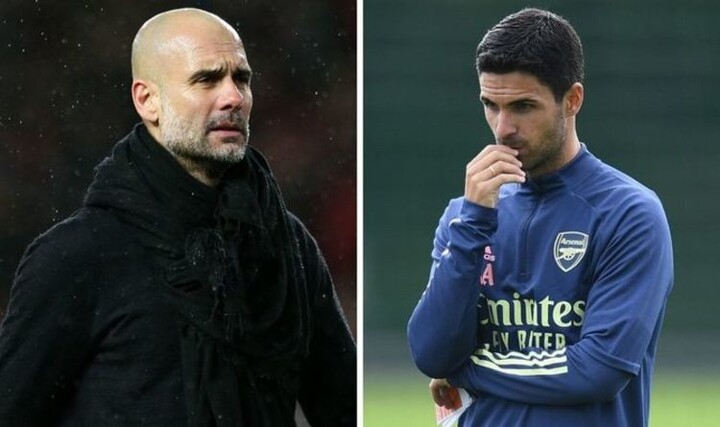 Since leaving his role as assistant coach at City to take over at Arsenal in December, Arteta has been carving out his own path in management. He knows Guardiola’s secrets, though, so tonight’s fixture at the Etihad had an interesting wrinkle from a tactical standpoint.

Or at least, it did before kick-off. In truth, the game quickly became about individuals with De Bruyne’s brilliance for City and Luiz’s calamities for Arsenal proving the key factors in Guardiola’s team getting the better of Arteta’s.

Another clash down the line – one that isn’t hijacked by injuries and errors – could make for intriguing viewing. 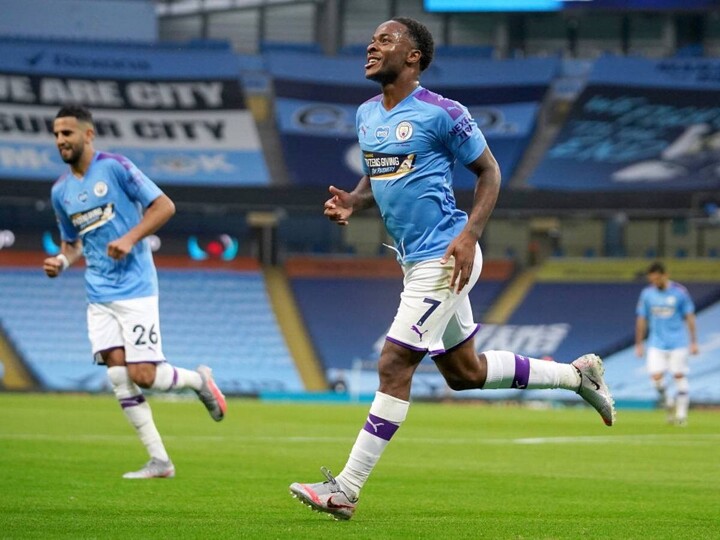 Sterling was without a goal in 2020 heading into Wednesday’s game. Granted, that’s only three months in footballing terms and feels longer simply due to the absence of football, but it will have no doubt been a run that the tenacious winger wanted to end.

And end it he did with his fine finish moments before half-time at the Etihad. Capitalising on Luiz miscontrolling a ball that was fired towards the Arsenal goal, the England international thumped a volley past Leno.

If ever there were a time to break a barren streak, it would be your first game back after a lengthy wait.